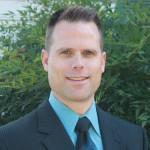 Jody, who grew up in Virginia Beach, has a B.A. in Rhetoric and Communication Studies from the University of Virginia. She worked for Westview Press in Boulder, Colorado after graduation and has lived in England, France, Italy and Malaysia. In 2003, she became a certified Family Mediator and has been affiliated with CMG-Foundation for more than eight years, both as a Mediator and a Parent Educator. She is a member of Central Virginia Mediation Network, Virginia Mediation Network and James River Writers. She has three adult sons and lives in Hanover County with her husband.